One of the leading manufacturers of flat glass for special applications is grinding glass with a high silicon content. His facilities include 3 beveling machines. The machines aresupplied with coolant water from a central receiving tank with a capacity of 18,000 l; the total water requirement of all the machines is 6,000 l/h. The resulting glass grit makes its way into the coolant water circuit. Previously the grit had been removed using chemical precipitation with a flocculation aid followed by dehydration with a filter press.

One of the leading manufacturers of glass-ceramic products is running 3 lines of bevelling machines. This process, applied on this specific glass-based material, produces glass grit with a very high fraction of micro-fine particles below 5 µm. The machines are supplied with coolant water from a central tank with a capacity of 18,000 l; the total water requirement is 6,000 l/h. The glass grit from the bevelling process makes its way into the coolant water circuit. Previously the particles had been removed using chemical precipitation with a flocculation aid followed by dehydration with a filter press. Large precipitation tanks had been installed for this process. Besides the space requirements and the operating costs for the precipitating agent, the flocculation system had caused uncontrolled sludge precipitation in the water circuit as well as a deterioration of the grinding result due to sludge clogging on the grinding wheels. There were considerable down-times and expenses for regular cleaning of the entire pipe work system, worth EUR 30,000 p.a.. Particularly in the bevelling units, the coolant water nozzles became blocked by the precipitation agent, to the point that machines could no longer be run profitably.

Upon consulting with STA in the year 2001, a solution was found in which chemical agents were no longer needed: STA installed a centrifugal separator with automatic discharge, model A-25, which was connected in by pass at the 9,000 l tank in the coolant water circuit. In 2006, more grinding machines were purchased, and the complete system was upgraded with 2 more separators type A-25.

One separator processes 3,600 l per hour, and at the same time it reduces the concentration of the finest glass particles (down to a minimum size of 2 μm) from an average of 2,000 ppm to less than 500 ppm throughout the circuit. This results in discharge of 50 kg sludge per separator and per hour, which is compressed to have minimum water content due to the high centrifugal forces.

The financial efficiency of the system was soon demonstrated when cleaning became unnecessary, but mainly due to the significant rise in productivity that occurred with the elimination of idle times for the bevelling machines. 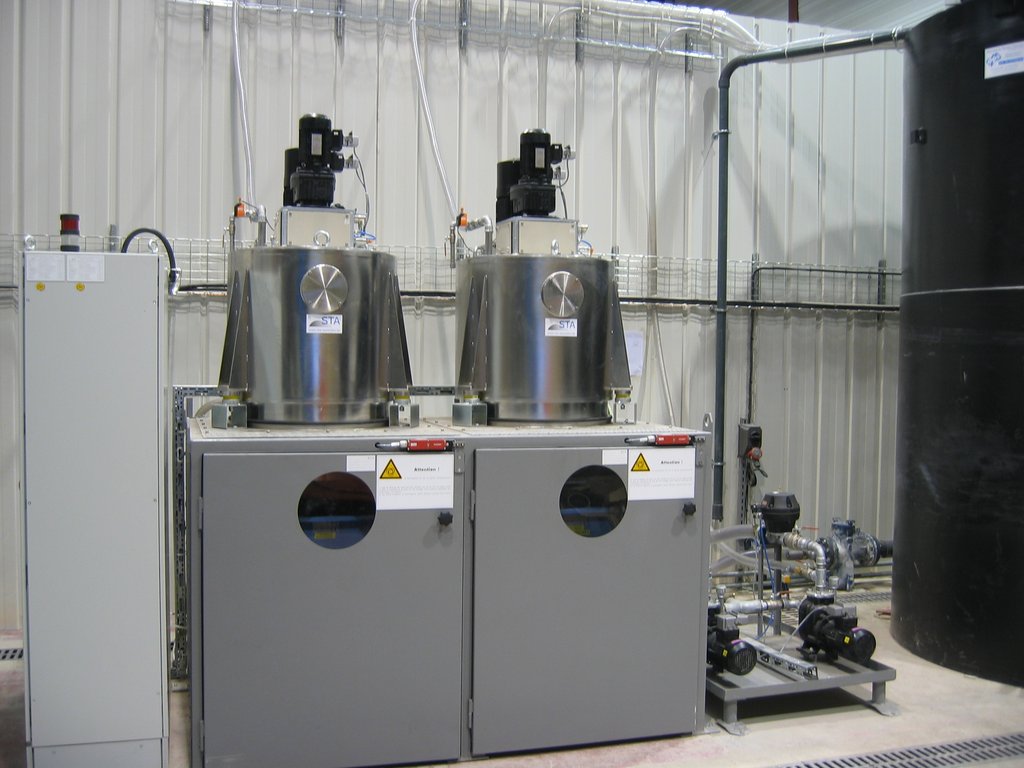 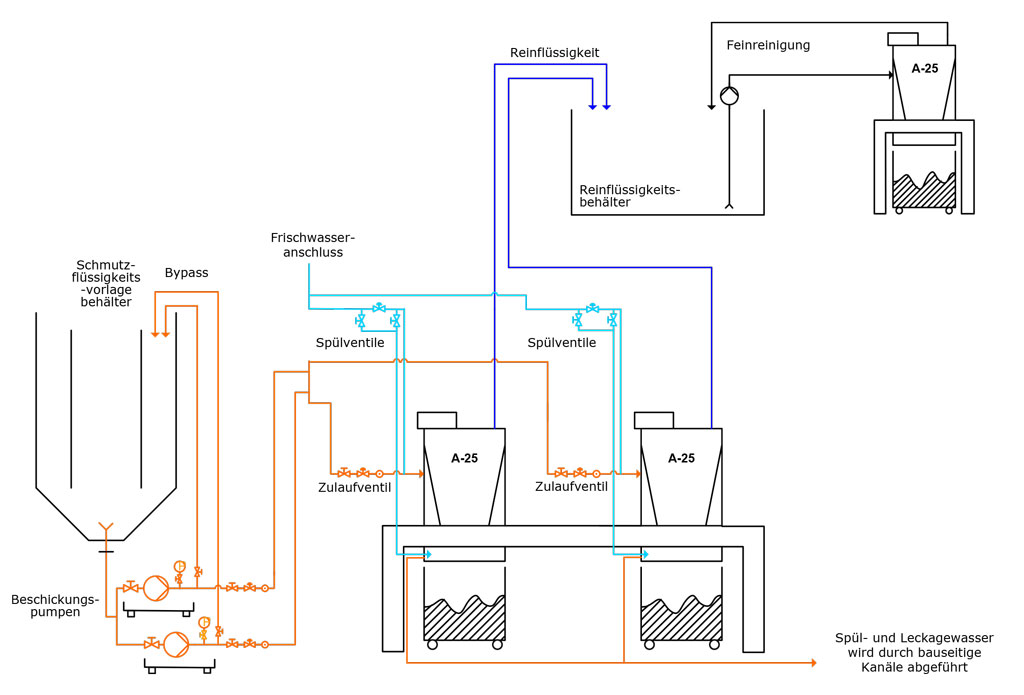 Back
Central system for lens grinding